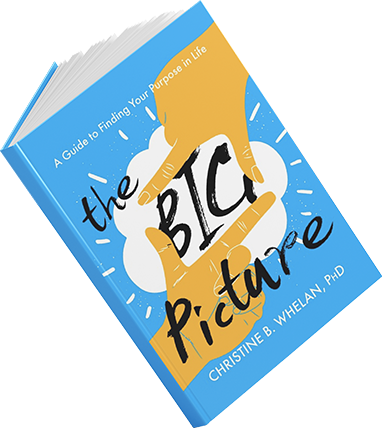 Young adults want their next steps to be in line with their purpose and passions, but according to new national survey data, they haven’t figured out what those are yet: Only 36% of 18-24 year olds say that the career path that they have chosen is aligned with their life purpose. Enter The Big Picture: A Guide to Finding Your Purpose in Life, the first small-steps program for young-adults to uncover their own personal sense of purpose. Successful behavioral change hinges on the synthesis of personal discovery and the ability to translate it into action. The Big Picture combines research, real-life tests of the efficacy of the exercises with more than 600 students nationwide.

The vast majority of young adults (85%) say they are still seeking a purpose or a mission for their lives. They are seeking a vocabulary for their feelings of hope, frustration and excitement, a language for their yearnings of meaningful work and concrete steps to help them make sense of these “big questions” that challenge us all. The Big Picture is a guide to figuring out what matters—and how to make it happen—by embracing a purpose mindset and connecting to something bigger. Running through the book is a movie theme that asks readers to harness their talents, interests, and values to take action, address problems, create solutions and touch the lives of others. The Big Picture helps readers learn about themselves, pinpoint their passions, take small steps right now toward and anticipate the plot-twists that will get in the way. A great gift for a graduate or a guide for yourself, The Big Picture provides the resources needed to find—and live—a purposeful life.

We all know what “WTF” usually stands for: it’s an exclamation of frustration and anger, and it’s an understandable reaction to the tough new economic realities that have hit young adults harder than any other group. WTF happened to promises of a bright future? What happened to the jobs? Rather than focusing on the frustration that “WTF” usually stands for, In Generation WTF, Christine Whelan leads the charge to reclaim the acronym as a battle cry for a positive future for young adults: Generation WTF will be a wise, tenacious, and fearless generation, strengthened by purpose and hope. This optimistic, introspective, and technologically savvy generation already possesses many of the tools they need to thrive—if only they learn to harness the necessary skills for success. And in this practical new guide, Dr. Whelan does just that, showing WTFers the way to success and instilling lasting habits that will serve them well in both good times and bad. 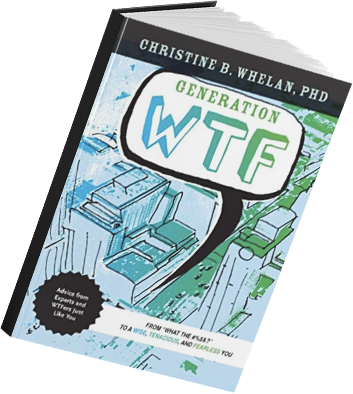 Dr. Whelan, one of the foremost authorities on the history of the self-help genre, worked with more than one hundred young people to remix the very best classic advice for a modern audience. After a decade of researching the industry—and years advising “WTFers” as they struggle to make their way in the “real world”—Dr. Whelan knows firsthand what advice works and what Generation WTF has to offer. 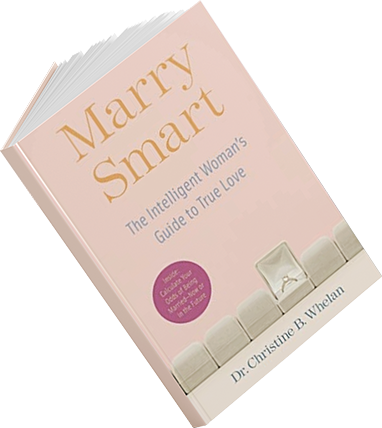 Any woman who’s dreamed of complementing her solo achievements with an equally rewarding partnership will find in Marry Smart the step-by-step instructions for success. Expanding on the groundbreaking research from her first book, Why Smart Men Marry Smart Women, Dr. Christine B. Whelan offers practical tips for finding personal happiness, plus a marriage calculator that accurately predicts a woman’s chances of marriage. Watch Dr. Whelan’s interview with Robin Roberts on Good Morning America.

For years, it’s been “common knowledge” that once a woman hits thirty, her chances of finding a husband diminish to the point of despair. That men are intimidated by a woman’s career success, preferring docile helpmates to ambitious achievers. That women are biologically driven to seek a strong provider. That the higher a woman’s IQ, the less likely she is to marry, let alone have babies . . . leaving single, successful women to ask themselves: Are men intimidated by smart women? 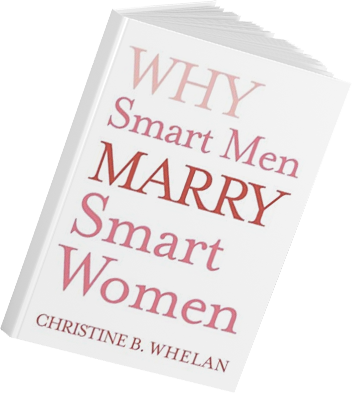 In Why Smart Men Marry Smart Women, Christine B. Whelan shatters the myth that high-achieving women are at a disadvantage in the marriage market. There’s good news for the millions of American SWANS (Strong Women Achievers, No Spouse): that today’s smart, successful women marry at the same rates as all other women-and that more income and education may in fact increase a woman’s chances of marriage.

What’s more, as Dr. Whelan shows through newly released U.S. Census data, a large-scale Harris Interactive survey commissioned especially for this book, plus extended interviews conducted in cities nationwide, this profound demographic shift shows every sign of progressing. That means that the “success penalty” that has endured for generations is, as soon as 2010, destined for the history books.

Accomplished daughters, sisters, and friends (not to mention their mothers) can finally stop worrying that the twin pinnacles of personal and professional happiness are inherently unattainable. In fact, smart men do marry SWANS. Ninety percent of high-achieving men surveyed want a woman who is as intelligent or more intelligent than they are. And two-thirds of men said they believed smart women make better mothers. Pairing cutting-edge research with sound advice, Dr. Whelan brings to mind what smart women everywhere have long known in their hearts: that the goal is not just to get married, but to have a good marriage, and to lead a fulfilled life.