“Dr. Whelan spoke about her book to Today’s Zaman. In the interview you will be surprised to learn that how intelligent women have the upper hand in the marriage market now — and in every other arena of life.” —Today’s Sunday Zaman–TURKISH PRESS

“Either way, perhaps Dr. Whelan’s next project should be to start a matchmaking agency for SWANS and the men who love them. [Then]… her work will deserve to bypass the Pulitzer committee and be up for a Nobel.” —The Washington Times ▶ [Read the full article]

“Whelan serves up an overdue reappraisal of the facts…Dowd, on the other hand, stokes fear among ambitious young women by extrapolating general male failings from her own troubled relationships.” —New York Post

“Whelan offers encouragement to everyone in her demographic. …This book contributes to the cultural conversation about marriage by countering outdated stereotypes about male-female relations.” —The Washington Post ▶ [Read the full article]

“Meet the SWANS. Strong Women Achievers No Spouse. The SWANS are powerful, driven women professionals who live in urban areas and have advanced degrees and high-status jobs…SWANS have been added to the lexicon of demographic acronyms by Christine Whelan, one of their own.” —The Baltimore Sun

“In your face, Maureen Dowd. By using solid statistics from the U.S. Census data, she has good news for those career-oriented women who believe that men are intimidated by successful women.” —New York Metro ▶

“‘These are the things that we are just loving right now: You should pick up a copy of the book, “Why Smart Men Marry Smart Women.” A lot of Showbiz staffers have read it and loved it because the author totally shatters the myth that successful ladies are less likely to tie the knot.” —CNN ShowBiz Tonight

“Christine Whelan, PhD, author of the new book ‘Why Smart Men Marry Smart Women,’ … takes to task the myth surrounding high-achieving women and marriage: namely, that being personally and professionally satisfied is–statistically speaking–mutually exclusive. It’s not, claims Whelan. She wants all of the career-oriented women out there–whom she’s dubbed ‘SWANS’ (Strong Women Achievers, No Spouse)–to know two things: 1) You WILL get married. Just later. 2) Men do NOT want to marry the maid. ” —AM New York

“‘While there are certainly some men who want a woman to play fetch for them, the majority of men, and certainly the ones we would want to date, are definitely looking to volley with an equal,’ says Christine Whelan, author of the new book Why Smart Men Marry Smart Women. As children of egalitarian baby boomer moms and dads hit their 20s and 30s, high-achieving women now marry at the same rate as others, they just do so a few years later. ” —USA TODAY ▶ [Read the full article]

“These [outdated] assumptions are enough to make a woman want to trade in her pumps for a pair of flip-flops. But hang on, my goal-oriented sisters. There’s a new book out that says that all the talk about men preferring to marry down is a whole lot of hooey.” —The Philadelphia Daily News

“The key is that women are marrying later–at about age 30, for those with graduate degrees or high salaries. Until they do, they’re what Whelan calls SWANS, or Strong Women Achievers, No Spouse. She interviews a number of SWANS in her book. Like Antoinette, a 36-year-old entrepreneur in Tucson, they’ve accomplished a lot and see marriage as a choice. ‘I don’t need a man to fix me,’ Antoinette says in the book. ‘But I need a man emotionally.'” —The Princeton Alumni Weekly ▶ [Read the full article]

“… Those who are yearning for some real data on what life is like for contemporary “career women” won’t have to wait [too long] … Why Smart Men Marry Smart Women … gathers in one place all the most recent facts about men, women, education, achievement, and marriage.” —The American Prospect blog, TAPPED

“… an absolutely excellent book. It is essential reading for teenage girls struggling with their own feelings and thoughts and the perception that they have to dumb themselves down in order to seek validation, attention and approval from guys. It is also essential reading for women in their 20s and 30s that need that extra boost that yes, they did the best thing for themselves and they will be rewarded with the best guys possible whom will treat them like the queens that they are. ” —Blogger News Network ▶ [Read the full review]

“Women in your 30s, you may remove the duct tape from your windows. Maureen Dowd, you may sit down and shut up. Well-educated and successful women (or SWANS, for “Strong Women Achievers, No Spouse”) are not more likely to die in a terrorist attack, be struck by lightning or be eaten by sharks than find a husband after a certain age… And Whelan should know: The sister has more degrees than a thermometer and a wedding in the works. ” —Boston’s Weekly Dig ▶ [Read the full review]

“[Whelan finds] a woman’s career and education make her more attractive as a wife — men want an equal, not a subordinate, for a partner.” —The Washington Times ▶ [Read the full review] 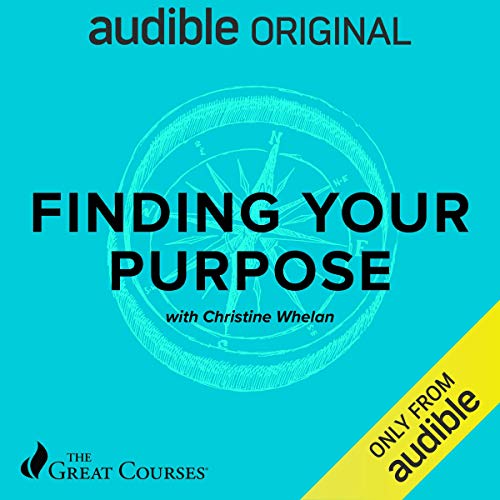