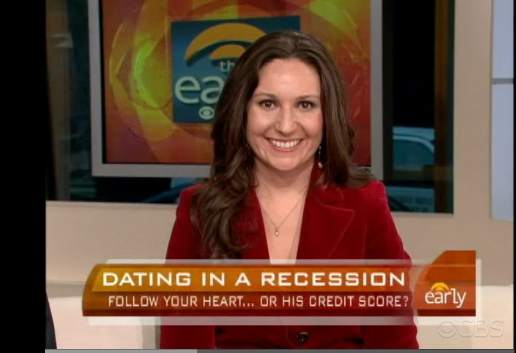 November 18, 2008
Be Mindful in Your Relationships? Dr. Whelan researches how Buddhist mindfulness can help your relationships.

May 10, 2008
A man’s mother is the role model a woman must match if she wants to marry a high-achiever. Dr. Whelan’s research makes international headlines.

May 7, 2008
Study: Mother is role model in son’s choice of wife. Reuters jumps on the University of Iowa press release about Dr. Whelan’s research, and newspapers worldwide pick up the story.

March, 2008
Why Smart Men Marry Smart Women, in the news. Atlantic writer Lori Gottlieb cites the book in her piece, “Marry him!”

August, 2007
ELLE Feature! ELLE cites Dr. Whelan’s “extensive research” in an cover-story feature titled: “The Pretenders: How Far Would You Go for Love? Some Women Downplay Their Intelligence and Success to Attract Men and Appear Less Intimidating. But the Cost May Be Greater Than Solitude.”

July 6, 2007
Close Encounters of the Engaged Kind
In “License to Wed,” which opened Wednesday, Robin Williams plays the “Reverend Frank,” a clergyman of unspecified denomination who puts his charges through a series of tests — including an exercise in the diapering of urinating robotic twins — to earn the right to marry. Off the silver screen, marriage preparation courses are about shared values rather than simulated disaster drills, and are increasingly popular.

November 29, 2006
Unwed-Birth Boom: Bad News
More American children are being born to unmarried mothers, the Centers for Disease Control and Prevention tell us. Don’t let anyone convince you this is not bad news.

November 13, 2006
The Smart Woman Myth
Forget what you’ve been reading. Successful women are doing fine in the love-and-kids department.

November 3, 2006
Older and Wiser
We are finding spouses later in life. But the institution of marriage is doing just fine.

KCRG News Iowa at 10 p.m.:
November 26, 2008
Prof. Whelan on the intersection of religion and weight loss this Thanksgiving
▶ Additional Info

The Rotary Club of Kalona:
May 27, 2008
Dr. Whelan addresses the Kalona Rotary Club: Do men marry their mothers?
▶ Additional Info

The Exchange: Iowa Public Radio
May 9, 2008
Dr. Whelan talks about her new research live from Java House in Iowa City

Princeton University, Princeton, NJ:
February 16, 2007
Dr. Whelan will be the keynote speaker at an academic conference on sexuality and marriage in the United States. More details to follow.
▶ Additional Info

CNN Headline News — The Glenn Beck Show:
November 29, 2006
Dr. Whelan speaks with Glenn Beck about the increase in unwed mothers — and her op-ed that day in the New York Post

LIVE with Eric Kuhn & Company:
November 20, 2006
Dr. Whelan speaks to single radio host Eric Kuhn about the best ways he can go in search of SWANS.

Fox Speakers Forum at the University of Pennsylvania Bookstore: Philadelphia, PA:
November 14, 2006
Christine will speak and sign books at an event hosted by the Fox Leadership program at Penn.

The Oxonian Society, New York City:
October 30, 2006
Step aside, Maureen Dowd. In Why Smart Men Marry Smart Women Christine Whelan brings good news and a positive, encouraging message to smart, successful women looking for love. Dr. Whelan is a graduate of Oxford and Princeton, and will address the Society and shatter the myth that successful women are destined for spinsterhood. SWANS — Strong Women Achievers, No Spouse — have been fed bad news and out-of-date advice by media pundits (and well-meaning but misguided relatives). Now, with powerhouse research, personal stories and new, unpublished survey data, Dr. Whelan will liberate ambitious women, allowing them to enjoy their single years, confident the odds of finding happiness are on their side.
▶ Additional Info

PBS’s To the Contrary: Washington, DC:
November 3, 2006
Dr. Whelan joins To the Contrary for a discussion of issues from a variety of women’s perspectives. Be sure to tune in to hear Dr. Whelan speak to SWANS nationwide.
▶ Additional Info

The Texas Conference for Women, Austin, TX:
October 12, 2006
Dr. Whelan will address more than 1,000 women on a work—life balance panel. Martha Stewart is a confirmed speaker as well — it should be a huge turnout!
▶ Additional Info

Visit my blog for up-to-date news commentary and updates on all of my speeches and media mentions.